Functional distribution of income as a determinant of importing behavior: An empirical analysis 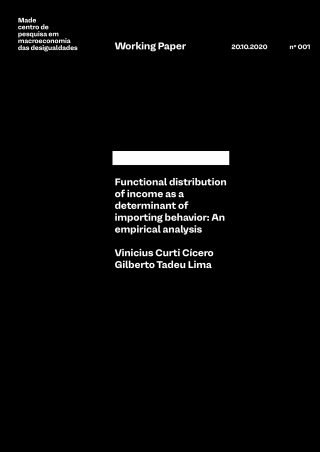